I really enjoyed Phoenix Rising, the first instalment in a series set in the near future, where fossil fuels have run out. I was over the moon when asked to join the blog tour for its sequel! Continue reading to hear from Bryony Pearce, the author, about her experience with writing Phoenix Burning, which is out now.

Writing a sequel for the first time by Bryony Pearce 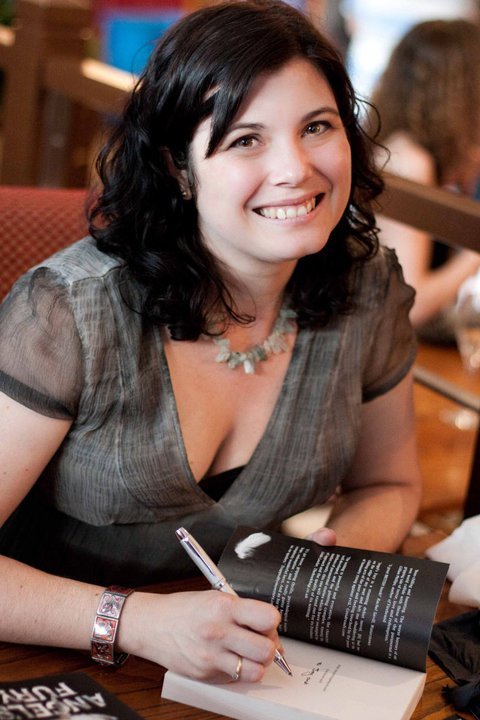 The first novel I sold, Angel’s Fury, was a standalone. I had ideas about what I would write in a sequel, should I be asked for one, but the book was finished as it stood and I had many readers saying that they liked it for that – at the time I think there was a glut of YA series fiction and a standalone novel was something different for readers, who were perhaps getting bored waiting for a couple of years to find out how their favourite story ended.

The Weight of Souls was a bit different – it was bought as a stand-alone, but my editor wanted me to leave it open for a possible sequel. Book two was planned out and ready to go, when the publisher closed down. Readers were annoyed that The Weight of Souls ended on a cliff-hanger (the ancient Egyptian evil released from its tomb), but there was nothing I could do about it.

Phoenix Rising was always intended to be the first of a series. Stripes bought two books, so I knew that I would certainly be writing at least one more story in Toby’s world. So from the beginning of book one I was planning the sequel. Events in Phoenix Burning were seeded in Phoenix Rising (the sun worshippers, Ayla’s fear of fire, Toby’s missing mother, Hiko’s tattoo, the map, the near miss with the boiler) and I was careful to take notes that I could refer back to while writing a second book – key character descriptions, key events and so on.

Once Phoenix Rising was written, I was excited to get back into Toby’s world and write more of his story. As a reader I enjoy series fiction, mainly because I like to remain longer with the characters I love, and as a writer, it turns out that I like the aspect of this too. I enjoyed spending more time with Toby, allowing his character, and that of secondary protagonist, Ayla, to grow and develop even more. 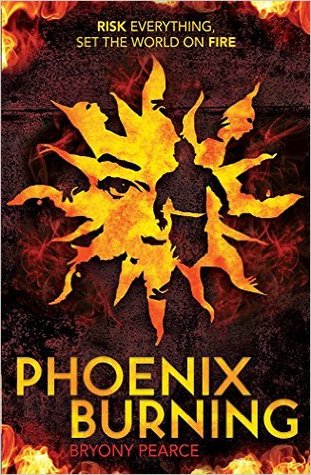 Ayla on the other hand thought she was an adult at the start of Phoenix Rising and by the end of the arc, has had her confidence shaken and learns that she still has a lot of learning and growing still to do.

I really enjoyed being able to take elements seeded in Phoenix Rising and seeing where I could take them, and wind them through the next story, tying the two together. I hope that I have given the reader some real ‘a ha’ moments.

I particularly loved using the event at the very beginning of Phoenix Rising, the broken delivery line that almost causes the boiler to explode, as the thing that gives Toby the idea of how to escape the Greyman ship in Phoenix Burning.

Despite all my planning it was hard at times to write a sequel. It felt as if I’d been with Toby for so long, that it was easy to forget that only a few weeks had passed in his world. I ran the risk of making him too adult.

Sometimes I found myself forgetting important things and having to break my own cardinal rules bout re-reading my published novels, just to make sure that I got my facts right.

But really I love spending more time with Toby and I hope that you do too.

A huge thank you to Bryony for talking about Phoenix Burning on this blog! I’m really looking forward to reading it. Phoenix Burning is available now, but if you haven’t read book one yet, you may want to check out my review 🙂

Goodreads Synopsis: In a future world where fossil fuels have run out and democracy has collapsed, an outlawed pirate crew fight for survival on their ship, the Phoenix, kept afloat by whatever they can salvage or scavenge on the debris-filled seas. Toby has never known anything other than life onboard the Phoenix and he’s desperate for adventure. But when trouble comes hunting the Phoenix down, Toby realizes that what you wish for isn’t always what you want. He meets beautiful Ayla from the Banshee, a rival pirate ship and sworn enemy of the Phoenix, and his world is thrown into disorder. How can he know who to trust and what to believe? The future rests on him making an impossible choice…A gripping novel, perfect for fans of Anthony Horowitz, Eoin Colfer and Suzanne Collins.

My Review: My inner geography nerd squealed when I heard about this upcoming title. Studying climate change and fossil fuels have always been a favourite part of geography for me. So when I read the synopsis for Phoenix Rising, a book set in a quite plausible future where fossil fuels are run dry and the world’s environment is suffering, I was really excited. Add two rivalling teams of PIRATES to the mix, and you have a seriously awesome sounding book. I couldn’t wait!

Bryony Pearce doesn’t wait around with slow introduction: the book jumps straight into the action of a sunken ship salvage. The plot is full of explosive action and is brilliantly fast paced, which I loved – though the mixture of rapid pace and occasional technical ship jargon meant I struggled to keep up at points.

I really enjoyed reading about the characters and am interested to see what direction they’ll go in, when book two is released. Toby is a selfless, courageous protagonist, and is the son of the captain of the Phoenix crew. Nearby, Ayla is the stubborn & independent daughter of the Banshee’s captain. They meet under unlikely circumstances and their relationship is very complicated, as they’re from rivalling ships both eager to kill one another. Both characters had great chemistry and I detected a Romeo and Juliet-esqe element to the story  – with the two young almost-allies being of warring sides.

One thing I would have liked more of in Phoenix Rising was details about the world’s situation. It’s clear that there’s no oil, and desperate searches for solar panels now the ash has cleared from the Yellowstone eruption – also the pirate ships are sailing seas full of discarded junk. It’s an imaginative vision of the future and one that’s all too possible. I hope the effects on the Earth are explored even further in the next books!

Overall, Phoenix Rising was a riveting read, and I’m looking forward to reading the next book in the series and hopefully checking out Bryony Pearce’s other titles. I adored the concept for the story – which is so frighteningly realistic that I didn’t want to stop reading. The pace was incredibly fast and it did take me a while to get into it because of that – but I definitely recommend it to fans of action and thriller books.

I received a copy of Phoenix Rising from the publisher, in exchange for a review. In no way at all did this affect my thoughts.

I’m helping with the cover reveal of Phoenix Rising today! Bryony’s Pearce’s first in this series is about pirate crews in a near-possible future, where the fuels we’ve depended on for so long have run out. Before the cover, here’s the GR synopsis:

In a future world where fossil fuels have run out and democracy has collapsed, an outlawed pirate crew fight for survival on their ship, the Phoenix, kept afloat by whatever they can salvage or scavenge on the debris-filled seas. Toby has never known anything other than life onboard the Phoenix and he’s desperate for adventure. But when trouble comes hunting the Phoenix down, Toby realizes that what you wish for isn’t always what you want. He meets beautiful Ayla from the Banshee, a rival pirate ship and sworn enemy of the Phoenix, and his world is thrown into disorder. How can he know who to trust and what to believe? The future rests on him making an impossible choice…A gripping novel, perfect for fans of Anthony Horowitz, Eoin Colfer and Suzanne Collins.

Will you be reading this when it’s out (In June from Stripes publishing)?

My review should be up soon! 🙂