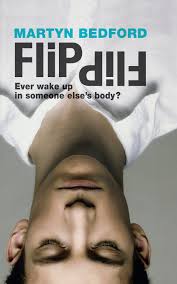 A gripping psychological thriller from a new name in YA novels.

Ever wake up in someone else’s body?

Alex is now popular kid Philip, or Flip as he is known, and read this book to find out just what happened to him! It was December when he was coming home from a friends’ house, and now it is summer and Alex can’t remember what has happened in-between. After trying to contact his friends and family, he finds out that his deserted old body is in a life threatening Coma. So how come Alex switched souls with another being of which he has nothing to do with? Embark on a journey alongside this strong-willed teen to solve this mystery! With the help of old and new friends, Alex is able to uncover the truth…

An awesome book, i think! It’s comical, and full of jokes which lighten up the otherwise sad and heart-rendering story. It’s thrilling, a new kind of book and i have never read anything like it before…

It is really well written, and I have no idea how the author could be so imaginative.

Anybody need a break from dystopian fiction and vampire books? This is a brilliant alternative from those genres!