bout the book: After surviving a pirate attack in the tropics, teens Chase and Mackenzie escape to an exclusive resort in the Arctic Circle. But just after they arrive, suspicious accidents begin to occur. It seems like someone’s trying to scare away the guests. When the accidents turn deadly, it’s up to the girls to figure out whodunit … before they become the next victims. This holiday’s going to be killer!
—
SARA GRANT ON CHASING DANGER
The idea
The idea for this Chasing Danger mystery was inspired by my trip to a real ice hotel in 2009. From the moment I arrived, I knew that this would be a great location for murder and mayhem. (Yeah, that is what I think about when on holiday, but only the fictional kind.) When I started planning the book, I simply grabbed a big pad of Post-it notes and started writing all the amazing things I experienced and imagined could happen at this snowy, secluded spot in the Arctic Circle: runaway dog sleds, dead bodies in blocks of ice, getting lost in a blizzard, an amazing Northern Lights show, falling through the ice of a not-so-frozen lake, snowmobile chases, etc…The book really wrote itself.
My process
Because this is a second book in a series, I already know my main characters – Chase, Mackenzie and Ariadne – inside and out. I know how they will react and also how I want to develop the mega-story that bridges the first four books I’ve outlined for Chasing Danger. I’m a planner. I want my mysteries to have lots of twists, turns and surprises, and to do that, I need to plan out everything in advance. I plot all the Post-it notes from my brainstorming on a
timeline. Then I fill in any gaps and connect all the dots. This is usually a page or two of bullet points. Next I break the action down chapter-by-chapter. I carefully chart the rollercoaster of action and surprises. I wrote a 9,000 word storyline for Mystery at the Ice Hotel. At this stage I look for how I’ve scattered my clues and hints. I double-check my pace and make sure I’ve tied up all my plots and subplots. When I’m satisfied with the storyline, I send it to my editor. She will give me feedback on the big picture at this point. Once we are both happy, I’ll start writing the book.
The story isn’t set in stone. As I write, it evolves and changes from the original storyline. I always write several drafts before I send it to my editor again. The great thing about a series is that by the end of writing one book I already have loads of ideas for the next. And one of the fun things about Chasing Danger is that I reveal the location for the next adventure at the end of the current book. And luckily for me, there are endless exotic locations for Chase, Mackenzie and me to explore.
—
About the author: Sara writes and edits fiction for children and teens. Her new series Chasi

ng Danger is an action-adventure series for tweens. Dark Parties, her first young adult novel, won the Society of Children’s Book Writers and Illustrators Crystal Kite Award for Europe. As a freelance editor of series fiction, she has worked on twelve different series and edited nearly 100 books. Sara was born and raised in Washington, Indiana. She graduated from Indiana University with degrees in journalism and psychology, and later she earned a master’s degree in creative and life writing at Goldsmiths College, University of London. She lives in London. http://www.sara-grant.com 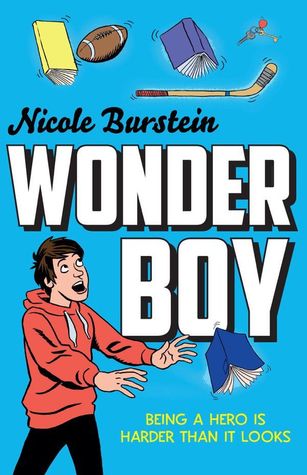 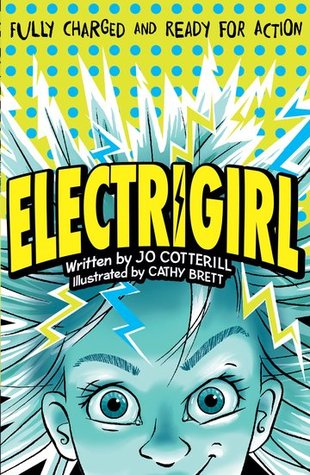 Goodreads Synopsis: Holly Sparkes is just your average 12-year-old, that is, until she’s hit by a bolt of lightning. Now Holly is EXTRAordinary. Like a human battery Holly can generate a massive amount of electricity in seconds, which could come in handy if she’s ever going to solve the mystery of her best friend’s disappearance. Because when you’re dealing with the likes of Professor Macavity and her mysterious CyberSky corporation, you need all the help you can get!

My Review: As soon as I spotted this online, I couldn’t wait to delve into it and see what it was like! I adored Jo Cotterill’s Looking at the Stars, and Cathy Brett’s books – though Electrigirl is nothing at all like those titles. It’s individual, and I’ve never reading anything like it before!

The story begins with Holly, an ordinary girl whose biggest problem is that her mum is constantly protesting against the new company in town. When she’s suddenly hit by some mysterious lightning, she finds herself with special powers – and with the help of her comic-obsessed brother, she puts them to use to save her friend.

Electrigirl feels like such a classic superhero story, but manages not to feel cliché despite using all of the typical ‘superhero origin’ story elements. From the mysterious powers, to the secretive company, to Holly’s double life…  It’s very Spider-Man, but in the best way. I’m sure so many young readers are going to fall in love with this epic story.

The characters are really fun and I enjoyed reading about them; especially Holly’s little brother, who’s pretty similar to my own. They’re quirky and loveable, and I’m sure anyone who reads this will really connect with them too.

Cathy Brett was the perfect illustrator for this story. I’ve been a fan of her work for a long time, so it was exciting to see how her collaboration with Jo Cotterill would be. Needless to say, it’s absolutely brilliant; I can’t wait to see what the next book in the series holds, as it was just such a joy to read. Brett’s illustrations set the scene for this action story fantastically, and add even more energy to the story. The half-book-half-graphic-novel concept is really exciting; I’m eager to discover more books like this!

Overall, I really recommend Electrigirl. It’s a really entertaining book, and presented in a really clever way; Cotterill’s writing paired with Brett’s illustrations make for an exciting story. I’d particularly recommend it for reluctant readers of novels, as it’s a great and engaging story that alternates between comic strip and text. Of course, it’s a must for young comic fans too!

I received a copy of Electrigirl from the publisher, in exchange for a review. In no way at all did this affect my thoughts.