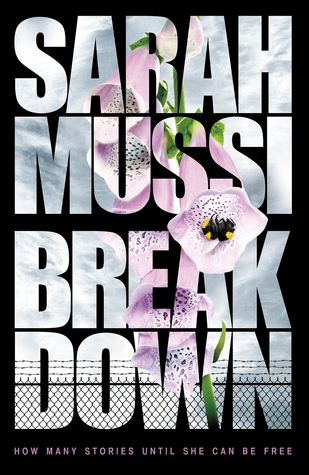 Goodreads Synopsis: It is 2084. Nuclear radiation has poisoned the country. Society has fallen apart. Starvation is rampant, and power shortages have resulted in piles of obsolete gadgetry. Necessity has driven those who’ve survived to complete self-reliance, if they have the means to do so. For Melissa and her Nan, survival is just about possible, so long as they can guard the tiny crop of potatoes in their back garden and find enough fuel to cook on – and as long as they are safely barricaded inside their home by curfew.

For after dark, feral dogs hunt, and violent gangs from the old Olympic Stadium (now a miserable ghetto) roam to loot and plunder. If they catch you, they are not merciful; so when Melissa falls into the hands of Careem’s gang, her prospects look bleak. But Careem soon realises that she might just be more valuable alive, as a ransom victim. However, he hasn’t reckoned with Melissa’s resourcefulness. Soon part of his young gang are completely beguiled by Melissa and her story of a hidden valley in Scotland – a place that sounds like a comparative paradise, if they can get there. But apparently only Melissa knows the way, and only she can lead them there. But Melissa is hiding a secret. She has never been to Scotland in her life, let alone a mythically Elysian valley there. Can Melissa’s stories keep her alive long enough to escape – or will they get her killed?

My Review: I enjoyed Sarah Mussi’s RIOT (review here!) earlier this year – so when I discovered that Sarah’s newest tiels would be out so soon, I was eager to read it! I think I may have even enjoyed this more than Sarah Mussi’s last. It’s an edge-of-your-seat, nail-biter of a novel, with some really clever plot elements.

I’m not actually sure if it’s intentional, because I haven’t seen it mentioned anywhere – but I found some really bold parallels to Of Mice and Men in BREAKDOWN- a bit coincidental as I’m studying it in class! At first I thought this was some kind of dystopian retelling, because the main character meets a Lenny who she tells stories to about a place they’re headed, away from the hard work… Though the story takes a massive turn of events, I still found similarities to the novel and I’m not sure if they were even intended, if I just over-thought things because I’m studying the Steinbeck novel… but still, pretty awesome. 😀

The dystopian setting was very bold and interesting. England’s completely flipped around – the victim of nuclear destruction, growing slum-like conditions, a controlling army, and mass food shortages. Sarah Mussi gave such great descriptions of the world, building it up so it was a perfectly formed image in the readers head. However, I don’t think it was fully explained how England came to be such a dystopia – I would have loved for the book to delve into the reasons!

Marissa was a likeable main character. I don’t think I ever connected with her on a huge level, but she was a really strong, clever protagonist. I found her relationship with the main characters she meets, especially Lenny, so captivating and memorable. I really enjoyed reading about them!

Overall, BREAKDOWN was a great dystopian read. I really liked the protagonists, and the plot was very clever – there were so many briliant and unexpected twists and developments that made it hard to put the book down! I think Sarah Mussi’s dystopian world in BREAKDOWN is possibly her most unique… and I would happily read another book set there 😀 I think my main issue was that I wanted a more concrete story of the events that lead up to Marissa’s situation at the beginning, and the country’s situation in general too. Definitely recommended!

I received a copy of BREAKDOWN from the publisher, in exchange for a review. In no way at all did this affect my thoughts.