I received a copy of My Second Life, Faye Bird’s debut novel, a few days ago in the post. I’m so excited for it! It sounds incredibly chilling and thrilling. I was so pleased when I was asked to host a guest post by Faye on my blog, on her inspirations for the novel. I found it really interesting – enjoy!

The books that inspired My Second Life by Faye Bird 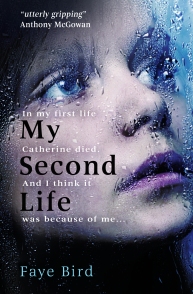 There are two books that were really influential for me in the writing of My Second Life. The first was The Lovely Bones by Alice Sebold. Although I have to admit I nearly put it down 10 pages in. I was so horrified by the description of the murder at the outset; seeing a murder from the victim’s point of view, a child’s point of view, was almost an unbearable read. And yet once I got past the murder I was completely entranced.

And what I was entranced by was this continuing perspective of the now dead narrator. It wasn’t the heaven scenes – Susie Salmon’s new reality – that entranced me, but rather the view she now had of the world without her in it. It was such a special and particular view. Here was a compelling murder story, and here was a brilliant narrative voice with this unique perspective and well, I was in awe of the writing.

I wondered whether there was another way one could find a similarly unique perspective in a story – one that absolutely encompassed life and death – but specifically for a teenage reader. And that’s what brought me to the idea of writing about a girl who has lived before, which in turn, led me to a book called Old Souls by American journalist and author Tom Shroder.

Old Souls charts a number of journeys Shroder made alongside Dr. Ian Stevenson, a medic, biochemist and psychiatrist, as part of Stevenson’s research investigating reports of children who remembered past lives. Shroder is the journalist cynic and Dr. Stevenson is the strangest of things – a respected scientist who believes in second lives and who sets out to prove it using scientific methods.

Certainly Stevenson provides some compelling evidence whilst Shroder provides the reason and rationale to counterbalance it, 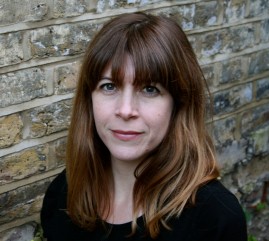 but what is fascinating is that what you are ultimately left with in the reading of this book is an intriguing account of the power of possibility. There are some things that just cannot be explained.

And of course all narrative begins with the power of possibility, and as a writer the power of that possibility sits firmly in your hands. The children Dr Stevenson met in his research were all simply telling their stories – what they knew of life and death and living again – and it is this simple honesty that I hope I have brought to the way Ana tells her story.  As she says herself, “…there is no explanation for what I know – ” I just hope as the author of her story that whether we believe in the possibility of living life again or not, we will at least see the value in living life well.

I hope you enjoyed the guest post! Thanks to Usborne for letting me host it and for sending me a copy of the book. Review up soon, as I’m hoping to start it asap(: