I’m so lucky to have interviewed one of my favourite crime authors, Gina Blaxill! I’ve been a fan of her books for about a year-ish, now, having read her first two crime thrillers for teens last October and absolutely loving them. I didn’t know until a couple of weeks ago that Gina had a new title out- and I was so glad I got to read a copy. I really wanted to interview Gina on her newest book, Saving Silence, which I reviewed yesterday on my blog, and she was kind enough to agree to answer a few questions! So, here’s a little bit about this author, and an interview with some really great answers about her new thriller for teens (complete with pictures- of the setting and Gina’s awesome writing shed):

Gina Blaxill is 27 and lives in North London. She has an English degree from Cambridge University and now works in schools liaison, helping teenagers puzzle out the mysteries of higher education. Between the ages of 11 and 15 she wrote an epic 36 part story featuring over 1,000 characters – she still remembers most of their names! Apart from Saving Silence she has two other novels published with Macmillan, Forget Me Never and Pretty Twisted, which is an e-book bestseller.

Your newest novel is based in an area with a lot of crime. particularly gang crime (The McAllister twins): why did you decide to write a novel with themes of London gang culture?
I wanted to write something that genuinely felt real, like it could actually happen. I also wanted to write about something that might affect teenagers, rather than about teenagers getting accidentally caught up in adult crime. Gang crime is a huge issue that affects lots of teenagers with loads of really interesting themes – identity and belonging and friendship to name a few, themes I think relate to teenagers in particular. I was lucky that I didn’t grow up with gang culture around me but for many of the young people I’ve met across London it’s something they have to deal with every day to a lesser or greater extent. 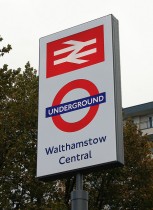 Did you always want, since wanting to become an author, to write crime/thrillers, and for teenagers?
I definitely always wanted to write for teenagers.I love teenage fiction and I just don’t have anything interesting to say to adults! My teenage years were not at all dramatic but I think it’s a really interesting period of life, when people are discovering exciting new things and figuring out who they want to be.
I actually ended up falling into writing crime thrillers. When I wrote my first book Pretty Twisted I didn’t realise I had written a crime novel! However it makes a lot of sense because I’ve always loved crime novels and crime dramas.
What was your main inspiration for Saving Silence?
My starting point was the idea that someone might do a good deed that had bad consequences. I wanted something really dramatic at the beginning too, so both those ideas turned into Imogen saving Sam’s life. Obviously I then needed an explanation for why someone would want to try to kill Sam and that became the rest of the book. I also really wanted to write something set in a part of London where kids have to be tougher and more streetwise – somewhere that felt claustrophobic and potentially dangerous.
Do you base any of your characters on yourself or other people that you know? 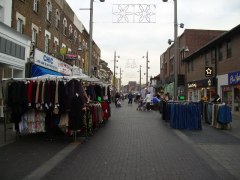 I usually don’t – not consciously, anyway! It’s not that I’m a boring person but I think characters like me would be a bit rubbish in a crime book because they would be sensible and just go to the police ! I do try and give all my important characters a little something of me – like Imogen I like to get things done without fuss and like Sam I enjoy baking. However, I did base Nadina strongly on a lovely girl I met through my day job at a college in Hammersmith – I gave her the same name, appearance and from what I could tell a similar personality. I hope the real life Nadina doesn’t mind being put in a book! I also based some of Ollie’s background, loosely, on a kid in an episode of World’s Strictest Parents, so character inspiration can strike from odd places.
There’s a bit of a romantic twist, especially at the ending, to Saving Silence. Were you always going to include it?
This is a good question! Originally there was less romance in Saving Silence . I think I got so caught up with
plotting and atmosphere that I forgot about it a little – my bad! Both my editors, very wisely, pushed me to up the 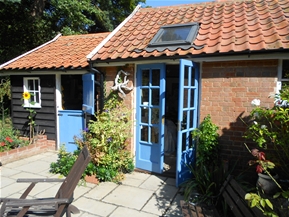 romance a little and I’m glad I did. The development of the characters’ relationships and the ending just feel right, and a lot of the romantic twists and turns just ended up happening naturally – I never really planned to end up with a love triangle, for instance.
Finally, do you have any ideas for a fourth book, that you can share with us?

Nothing’s set in stone for the fourth book and I might change my mind and go with a different idea! However the idea I’m working with at the moment is about a pair of twins, a boy and a girl, and revolves around one of them having been abducted.

Ooh, can’t wait to hear more about this idea if it goes forward! Also, I would write this in a picture caption, but stupid WordPress won’t let me caption things for some reason… So can we just take a moment to admire this writing shed/author habitat above. I WANT ONE.

Finally, thanks so much to Gina Blaxill for answering my questions with some really great answers- I really enjoyed reading them and hope everyone else will too. You can check out my review of SAVING SILENCE by clicking HERE, and you can also hear Gina read the first chapter HERE!

4 thoughts on “An Interview with… Gina Blaxill!”