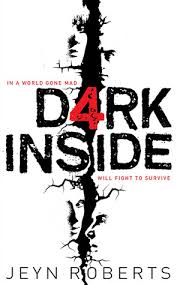 Moments after several huge earthquakes shake every continent on Earth, something strange starts happening. An inner rage has been released and some people cannot fight it. For those who can, life becomes a battle to survive…

This awesome, thrill ride of a book follows four teenagers through an apocalyptic world. They all experienced terrible times at the start of the disaster. Clementine was the only escapee of a town hall meeting gone massacre. Masons’ mother is involved in a car accident and whilst Mason is in hospital with her whilst she take her last breath, his school and friends in it are burnt to the ground.Aries is one of the few survivors of a bus crash which happened because of an earthquake… and her best friend is one of the killed people on the bus. Michael watches a hideous road rage become so extreme with two deaths and a fight.These four teens had never met… but as the struggle for survival in a torn, dystopian world, they meet under the most uncommon circumstances!

This was the first book review of the month for my ‘halloween-ey’ reads challenge for October! And it was a great choice too. This book was jam-packed with the best ingredients for the perfect dystopian book… Horror, raw and gritty violence, Heartbreak, loss and sorrow, hope and fighting. I loved it! Each page turned itself, it was so full of suspense and scares. who would’ve thought that a YA Authors first book could be so gripping, and so awesome?

I would definitely recommend this to any teenager (above about 12, it’s quite scary at a lot of points!) and adult. It’s a great spooky read!