Wow. I said about A MONTH ago that I’d start this meme and do it regularly. That didn’t really happen, did it? D:
Hopefully I’ll post these a lot more often, now! I’m gong to sort out a proper schedule for 2014 so I’m going to make sure I’ve got this meme on it! (: 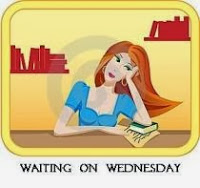 So, what book am I waiting-on?

THE MEMORY KEEPERS by Natasha Ngan!

(No cover art yet! ) Goodreads Synopsis:

“No one can take your memories from you… can they?”

Why am I waiting-on this?

If you’ve been reading my blog since the summer, you’ll probably have seen my review of Natasha’s THE ELITES, as well as my interview with her! (: The Elites completely blew me away: it was an amazing debut novel. Natasha Ngan’s writing is beautiful and suspenseful and genius and she’s such a lovely person!! (: Since I finished her book I have been so excited to read more from Natasha. Luckily this is out next year- and it sounds just as awesome as Natasha’s debut. I love Sci-Fi, and mystery, books so this looks perfect for me. It hasn’t yet got a cover, so there probably will be a very fangirly post in the future when that is released…
I just checked the publishing date and it isn’t out until late next year (autumn)… so can somebody lend me a TARDIS? PLEASE? :3 (or a time turner. :D)

A few minutes ago, I was tweeting Natasha about including her book in this meme, and she offered to give me a little extract from The Memory Keepers. This, if it happens, may go up on Sunday which I am SO excited about! I may or may not have done a little fangirly dance in my chair. Hehe. So make sure to check when this may be happening! (: