Sorry about the internet absence. There hasn’t been a post on here in three weeks. Welp. A lot of bloggers are very good at timekeeping and balancing different things in life … But it turns out I’m not very good at keeping up to date with blogging during my GCSE year. I actually wrote most of the posts you’ve seen since September during August!

I hope that over the Christmas holidays I can start scheduling for the new year, so I don’t neglect this blog too much over the next six months. As an apology for the random disappearance, here’s an infographic I’ve been working on between revision sessions. Click on it for a high res / larger version you can zoom in on, if the writing appears too small on your screen!

Thank you Piktochart, aka the most fantastic infographic maker I have ever encountered, for making this infographic so beautifully easy to create (this isn’t a promo, I just love Piktochart a lot <3)

The Time in Between by Nancy Tucker // Tomboy by Liz Prince

A little while ago on The Bibliomaniac I reviewed The Time in Between – a moving, honest memoir of the author’s teenage years as she developed – and began to recover from – anorexia and bulimia nervosa. I loved the book so much – despite it not being my ‘usual’ genre of book, I wholeheartedly recommend it to everyone. I’m very excited today to be a part of The Tour in Between – the blog tour to celebrate to celebrate the book.

Read on to hear Nancy Tucker, author, speak about her five recommended reads on eating disorders and mental health.

I am half-proud, half-ashamed of the fact that I have in my possession (read: under my bed) a library of eating disorder-related literature so comprehensive my medical student best friend took to borrowing from it when completing the Psychology modules on her course. Amongst this massive collection a good chunk are memoirs, and amongst the memoirs a decidedly smaller chunk are actually pretty decent reads, and amongst the decent memoirs I think the five below are genuinely meaningful, interesting, well-crafted books.

I wasn’t going to include this one initially, partly because it’s already so widely recognised it feels almost superfluous to mention it again, and partly because it’s so widely acknowledged to be the sort of material eating disorder sufferers use as ‘thinspiration’ (Hornbacher discloses her weight and the number of calories she is consuming at pretty much every opportunity, and her descriptions of her illness are horrifying in their honesty and graphic detail). But then I was flicking through it for the hundredth time, and realised for the hundredth time that it is the sort of book it is all but impossible to flick through, because the writing is so searingly brilliant one is immediately sucked in. The way Hornbacher describes anorexia and bulimia is gruesome, dark and messy, and makes for uncomfortable reading at points, but eating disorders are gruesome, dark and messy, and to write about them in a way that evokes anything other than discomfort would be somehow wrong.

This is the book I want to shove in the face of anyone who suggests that bulimia is ‘less serious’ than anorexia. Gleissner’s account of the way in which her compulsion to binge and purge drove her to steal from her loved ones, leave a string of jobs in quick succession and ultimately admit herself to a rehabilitation facility is a terrifying glimpse into the nightmare of bulimia. This book also does a fantastic job of exploring the dichotomy between the face eating disorder sufferers tend to show to the outside world – competent, successful, ‘sorted’ – and the reality of their inner selves – tortured, tormented, broken.

I think it’s possible that part of the reason why I liked this book so much was how pleasantly surprised I was to like it at all, it being a ‘celebrity ED memoir’ – a genre which Nikki Grahame taught me to treat with extreme caution. But, even discarding that bias, I think this is a really well-written, touching and interesting account, not just of eating disorders but of their interplay with both fame and sexuality.

This book is both excruciating and achingly admirable in its tackling of what remains something of a taboo: how an active eating disorder sufferer can manage – or fail to manage – the task of parenting. Rivera is touchingly honest in her account of how her anorexia and bulimia took her away, emotionally and physically, from her young daughters, and at times it is painful to read of the neglect these children suffered as a result of their mother’s sickness. But Rivera writes with skill, precision and self-effacing humour, which prevents the narrative from feeling heavy-going.

Though this book does explore a little of the author’s struggle with anorexia, it is primarily a memoir of borderline personality disorder, and of the intensive psychotherapy Reiland undertook in order to bring her disorder under control. The level of self-disclosure in the book is admirable, offering a comprehensive insight into one of today’s most widely misunderstood mental illnesses, and the writing is masterful. I also really enjoyed the way in which this book explored therapy and the therapeutic relationship in such detail, as I think this is an aspect of mental health which lay people can find difficult to grasp, unable to quite understand the dually intimate and professional nature of the relationship between client and therapist.

Triggering aside – because I think, to a certain extent, one has to take responsibility for knowing oneself well enough to know whether material of this nature is likely to cause one problems or not, and making the decision as to whether or not one reads books of this nature based on that self-knowledge – I would wholeheartedly recommend all of these books to eating disorder sufferers, but also to those with no personal experience of mental illness, as I think the snapshot each one offers into being at war with one’s own mind is valuable, and sharp and important.

Thank you to Nancy for the guest post and for the amazing Stevie @ Icon Books for inviting me to take part in the blog tour! The Time in Between is in bookshops now – and you can enter a Goodreads Giveaway for the book here! Do check out the other stops on the book tour – either by searching the blog names on the tour banner above or using #thetourinbetween. 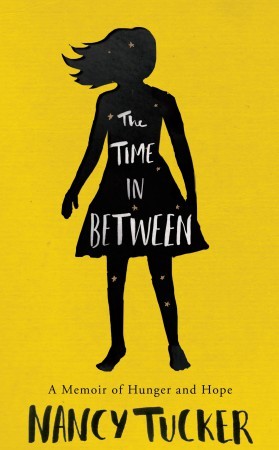