I hope you had an awesome Christmas and/or holiday!

In 2014, I made a huge infographic of my favourite reads of the year. It took ages, and I read a ridiculous amount last year, so that list was pretty big. I like summary posts, and I thought – why not write about just my top fifteen books of 2015? And, while I’m at it, why not throw in some other things too… So here’s a post of my top fifteen books, albums and movies/tv series of the year! Most of the things mentioned in this post are relatively new (out this year) but some are recent discoveries I’ve made. 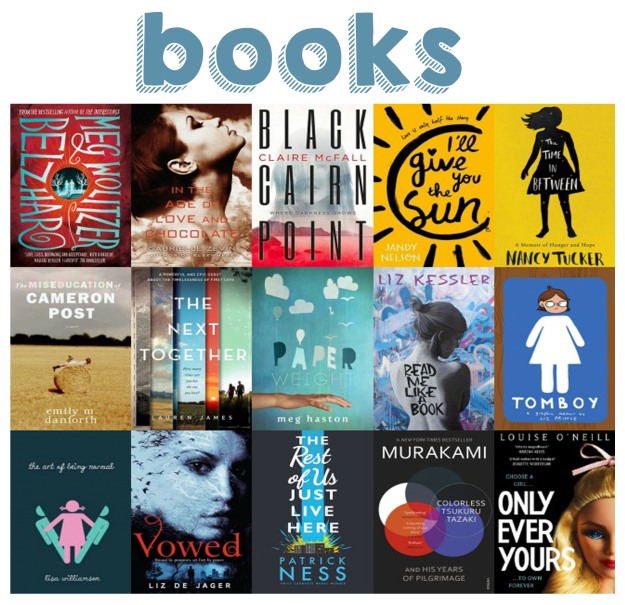 Have you enjoyed any of the things I’ve mentioned above? What’s been your favourite discovery of this year?

I’m really delighted to be hosting a spot on the Vendetta blog tour! Vendetta is a UKYA début novel from a talented, young new voice in YA literature. You can read my review of Vendetta by clicking here. Here’s a guest post from the author, talking about films that inspired her début…

As a small child, there was nothing quite as exciting to me as watching Cinderella or Pocahontas or Aladdin, and as I grew up, my love of movies grew with me, expanding to include more than just the old Disney favourites. I fell in love with The Princess Bride, saw Pirates of the Caribbean five times in the cinema, and spent hours imagining myself as an elf living in Middle Earth. While I was studying for my undergraduate degree I got a part-time job in a movie rental shop, where I worked for four years. I got to encourage my passion for cinema and forge friendships with a bunch of awesome, like-minded movie junkies at the same time.

Of course, books have always held a special place in my heart, but together, novels and films have inspired my creative side and set me on the path I’m on now.

For me, writing is a very visual endeavor. I take my cues from images in every day life or ones that randomly pop into my head. From there, I build the scenes and the characters, and see where the story takes me.

Vendetta was inspired by an image that popped into my head one night as I was falling asleep. There was a crumbling white mansion, and in front, five boys were standing side-by-side, doused in shadow. The story began from here, but as the characters took shape I suddenly discovered where they were leading me and what I wanted to do – I wanted to bring the Mafia to YA in a way that was fresh and exciting, while also providing a throwback to some of the greatest films of that genre. I hope I have managed to do just that! The finished result is a teenage romantic thriller reminiscent of The Godfather, Goodfellas and Baz Luhrmann’s Romeo and Juliet.

The Godfather finds its place in the family structures and power-plays that drive the story of Vendetta. The theme of loyalty is a powerful one, while corruption and deception are equally rife, threatening the stability of Nic and Sophie’s world just as betrayal and dissension affected the powerful Corleone family in Coppola’s adaptation of Mario Puzo’s iconic works.

There is a scene in Goodfellas where the protagonist, Henry, has to comfort his girlfriend after her neighbour harasses her. After dropping Karen home and attending to her with great tenderness, Henry tracks down her abusive neighbour and what follows is a take-down. This sequence expertly juxtaposes heart-thudding romance with violence, and brings about a sense of uneasiness in the viewer. There’s discomfort having to witness something so dark, and yet a sliver of appreciation for someone being so impassioned by the mistreatment of a loved one that their defence far outweighs the initial crime. The co-existence of dark and light is something I wanted to instill in Vendetta, where questions of morality compete against the ideas of love and devotion, and the lines between right and wrong are blurred.

Baz Luhrmann’s adaptation of Shakespeare’s Romeo and Juliet is an intimate portrayal of all-consuming teenage love, and the obstacles that can threaten the purity of something experienced at such a young ago. Rival family politics play a similarly large role in Vendetta, and as an ode to the star-crossed lovers theme, the cover of the book is reminiscent of Luhrmann’s 1996 movie posters.

I can really see what parts of the book each movie has inspired, which is awesome! Also, Baz Luhrmann’s version of Romeo and Juliet has to be one of my favourite films – I love how Vendetta has developed from aspects of it 🙂

Check out the rest of the blog tour stops!

Vendetta by Catherine Doyle out now in paperback (£7.99, Chicken House). Find out more about the author at http://catherine-doyle.tumblr.com and http://www.catherinedoylebooks.com.