Sci-Fi by the Sea first started last year in Herne Bay, Kent on father’s day- and yesterday, Sci-Fi by the Sea(Quel) was back! I really loved it in 2013 – but this year it was even bigger, even busier, and had event more awesomeness. I took so many photos, so I thought I’d do a quick post about the convention!

My little brother (who also recently started a movie blog) who decided to try cosplaying, and made a Wolverine costume: 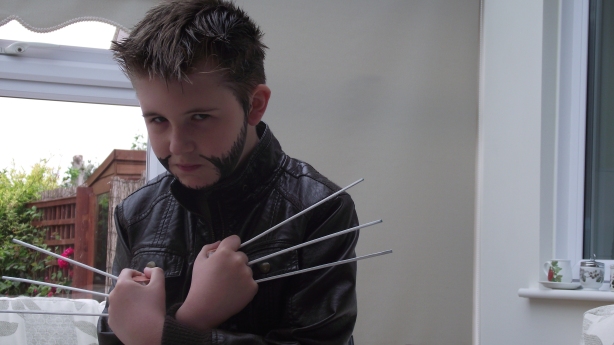 There was quite a lot of cosplay last year at the first Sci-Fi by the Sea… but this year there was so much more, and every single person looked seriously awesome. Some of my favourites (clockwise from far left; Elsa from Frozen, Hellboy, C3P0, Minion, Chewbacca, Deadpool): 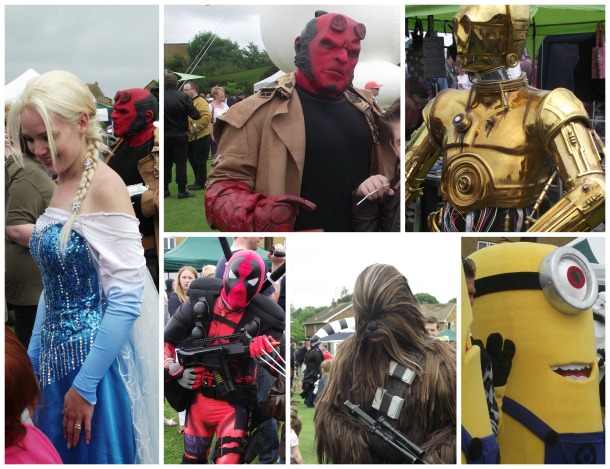 There were also various bands and singers who sung at the bandstand at the front. It was pretty funny seeing the Joker on the drums and Darth Vader strumming a guitar:

And most of the rest of Sci Fi by the Sea was aisles and aisles of stalls, selling ALL the merch!:D I wish I could’ve bought one of everything – there were lots of pretty handmade geeky things like jewellery and furniture and key rings… I bought a really gorgeous steampunk wrist cuff. There were also stalls with cartoon & SF/Fantasy artists – Danny Flynn’s Lunartics stall was brilliant! A Bundle of Books, which is a Herne Bay-based Children’s bookstore I mentioned in this post, also had a stall. They hosted Sci-Fi YA author Philip Webb for a signing. I’m so glad I got the chance to meet him – thank you to ABOB & Philip for my signed copy of Where the Rock Splits the Sky!

Also, of course – Sci-Fi by the Sea’s main attraction was all of the actors from big Sci-Fi films who attended for signings and photos. This year some Stars Wars actors, including Femi Taylor and David Prowse came. Also, there were legendary Doctor Who people; Colin Baker, Paul McGann, plus some of the Doctor’s earlier assistants! I’m really sad I didn’t have the money to queue up and get signatures and photos. At least I came within a few metres of the tent… xD 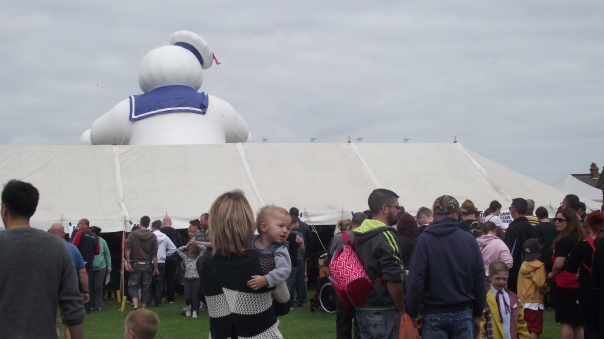 So… Thank you so, so much to the people who put Sci-Fi by the Sea(Quel) together! It was such a great day, and I definitely don’t want to miss next year’s. Also, of course, thank you to Philip Webb for signing my book. I can’t wait to start it, as Where the Rock Splits the Sky was a book I really wanted to read when it was released last year!