Charli, who runs the fantastic TO ANOTHER WORLD book blog, buddy read this short novel with me a couple of weeks ago! We both really loved it, as it was a really heartbreaking and beautiful book. This review was meant to be up yesterday, but due to my general un-organisation is WASN’T ): So it’s here now… ;D You can click on Charli’s blog button below for her review! (Yes I am obsessed with hyper-linking stuff. It’s cool okay.)

by Sharon Sant, self-published on the Amazon Store. 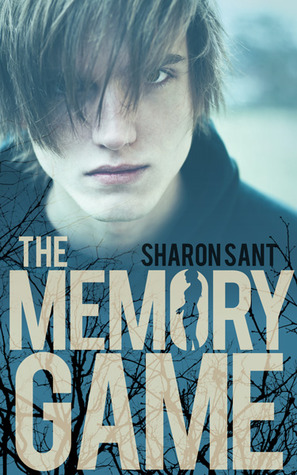 Goodreads Synopsis: ‘If there is a hell, I think maybe this is it.’

Weeks after fifteen-year-old David is killed by a speeding driver, he’s still hanging around and he doesn’t know why. The only person who can see and hear him is the girl he spent his schooldays bullying.

Bethany is the most hated girl at school. She hides away, alone with her secrets until, one day, the ghost of a boy killed in a hit-and-run starts to haunt her.

Together, they find that the end is only the beginning…

My Review: Wow. Seriously, wow. I was not expecting such a hard-hitting, beautiful story from a pretty short book! As Charli said- it definitely packed a punch, for a book under 200 pages!

I’ve never read a book by Sharon Sant before (I know! So many good reviews!) so I thought her latest short novel would be a great introduction to her writing, for me. I loved it so much! The pretty cover, and the mysterious synopsis drew me in, and upon starting it I really didn’t want to stop! I read this over a few days with Charli, and at a lot of points I was without my kindle. Which really sucked, because this book was so addictive!

The beginning is one you have to read over twice. What happened? Wait, he’s died- we’re only on the first page! David’s looking at his own body, and he’s a ghost. How? Why? It reminded me a lot of More Than This- by Patrick Ness, because the boy’s dead within the first chapter (They’re very different books, though!). Sharon Sant has used clever narrative hooks to keep the audience reading- they definitely worked! Lots of different twists in the story opened up brand new questions for me. All of them were answered… except for one! The one that wasn’t answered was one of the things I wanted to know the most: Who hit Dylan with their car whilst he was on his paper run- and was that related to the book somehow? It bugged me a little bit that I didn’t get to know this… however, the est of the emotional story most definitely made up for it.

Dylan’s a character you can love and hate. At first, you feel sympathetic for him; because he’s just been killed, and he can’t say sorry to his mum, and his friend has betrayed him after his death. Then, you want to hit him a bit, because he bullied Bethany, the second Protagonist of the novel. Then… you want to hug him (Though, that wouldn’t work, your hands would go straight through him…) because he’s formed a strong friendship with Bethany, and I can’t exactly talk about this much without spoiling it, but Sharon Sant is evil because she makes you love the two of them, but they can’t even hold hands because he’s a ghost. That was so, so sad. I loved David overall, though, and he made a really great main protagonist!

Bethany was an equally amazing main character. Whilst I had guessed why she was so protective of herself from quite early on, it was really heart-breaking to read on as her sad background unfolded throughout the plot. It tied in really well with David’s death and ghostly-reappearance… and the twist at the end was so shocking, so unpredictable, I was left in a bit of a shock at the ending!

The ending was really beautiful. I didn’t want the story to end, because I was enjoying it so much. When it did… I was in a bit of a whoa mode. I had to read over the last few paragraphs a good few times, in order to let the final parts of the book sink in. Sharon’s writing is really beautiful: I could visualize that ending so well- it was perfect.

Overall, The Memory Game was a really exhilarating read! It’s so original, and paced really well. Sharon’s writing brings the book and the characters to life: I wish the characters were real… I want to give Bethany a huge hug and David, too. Despite a couple of small things, the plot was very well written; complex, and had so much amazing-ness packed into it for a relatively short read. I’d really recommend this to fans of contemporary dramas, or supernatural thrillers! It’s a riveting read! 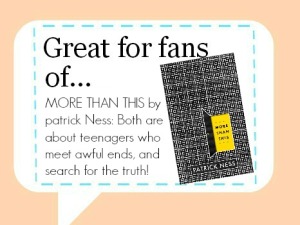 I purchased a copy of THE MEMORY GAME from the Amazon Kindle Store.