Yes, the banner says my Halloween Reads event finishes on the 31st… but I have one more guest post! ;D

I met Gordon Smith at his Horror Writing Workshop at the Bath Kids Lit Festival in September. I read the first book in his ESCAPE FROM FURNACE series for Halloween Reads! (Click HERE for the review). Gordon talked about channeling his worst fears into his writing, at the workshop, and he’s been very awesome and written a guest post all about it for my blog- and it’s brilliant! Have a read: 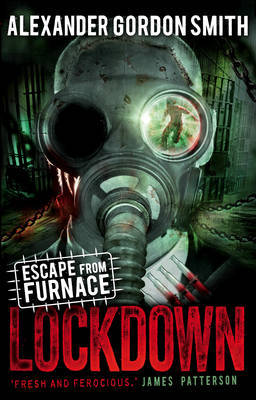 Thanks so much for letting me visit your awesome blog, Georgia, it’s so great to be here! And thanks too for your amazing review of Lockdown, I was so thrilled that you enjoyed it!! 😀
I had the pleasure of working with Georgia during my workshop at the Bath Kids’ Lit Festival last month. She joined in my horror writing workshop, and came up with some fantastic scary stories! We were talking about how when you’re writing a horror story, the best way to make it scary is to base that story on your own fears. And that’s what I want to talk about today!
I’m very afraid of a few things, a little bit afraid of everything else! I think that’s why I’m a horror writer! The more you’re afraid of, the more you have to write about. Some of my fears are very rational – like dying in a plane crash, or losing my loved ones. Some of my fears are slightly less rational. Like porcelain dolls (they scare the living daylights out of me, it’s those soulless eyes) and slugs. Yes, you heard right, I said slugs. There’s just something really creepy about them, especially when you step on one in the middle of the night whilst not wearing any shoes or socks…
*Shudder* 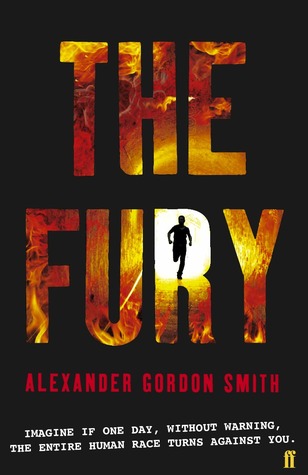 I haven’t quite found the courage to write about slugs yet, but I will one day! All of my books, however, are in some way based on my own worst fears. The Escape From Furnace series was inspired by a time in my own life where I went off the rails a bit – nothing too serious, but it could have been much worse. Back then I was terrified of being sent to prison, and I used that fear to come up with the idea of somebody being sent to a prison full of monsters!
The Fury was also inspired by one of my worst fears – the terror of being chased by a mob who want to kill you! This too came from a real-life incident. When I was at school, maybe fourteen or fifteen, I was in the bottom set for PE (I was always in the bottom set, because I was rubbish at sport). We had the world’s most evil PE teacher, and he would make us play a game called Murderball. Yep, that’s actually what he called it. The idea behind Murderball was that one person in the class would be given a rugby ball and a head start. Then everyone in the class had to chase him and get the ball from him. Murderball never actually worked like that, though. You would be standing there with the ball, then you’d hear the first whistle. The first thing you did was throw the ball away, because it

would only slow you down and you knew nobody actually wanted it. Then you’d run as fast as you could (which for me was sadly never very fast). Then you’d hear the second whistle, and the ground would start to shake, and you’d hear this roar of pure fury rise up behind you, and if you looked over your shoulder (always a mistake, but you couldn’t help it) you would see thirty people chasing after you with expressions like demons! It was terrifying!!
The weird thing is that everyone in that class was a friend of mine – the people I hung out with at lunch and after school. But something changed in them when we were playing Murderball. There was nothing human left in their expressions. All they wanted to do was catch you and kill you. Sooner or later you would be on the floor with thirty people on top of you kicking you, punching you, biting you, and sticking mud in your mouth and up your nose so you couldn’t breathe. I honestly thought I was going to die every time I played this game. Luckily nobody ever did, but I’m sure it was close!
I’ve had a fear of crowds chasing me ever since, and I used that fear when I was looking for a new idea. All I did was add the two magic words of writing: “What if?” What if one day, without warning, every single person in the

world did try to attack me – not for sport, not for a game, just because they wanted to kill me. And The Fury was born!
Writing about your own fears makes the horror in your stories feel genuine, because it is! Fear is contagious, it’s a survival thing – if you see other people reacting to something with fear then you too begin to fear it. Once upon a time that communal panic is what kept us alive. Likewise, if a reader senses something genuinely upsetting in a story then they too will begin to feel the anxiety creeping in. It’s the best way of making your readers cower in terror!!
But there’s another reason why I always encourage people to write about their own fears. If there’s something you’re afraid of, and you write a story about it, then you take control of that fear. You are in charge of the story so, for the time you’re writing, you’re in charge of your response to that fear too. Writing is incredibly powerful, it is life-changing for you as an author as well as for your readers. If you can conquer your fears on the page then maybe you can conquer them in real life too. I certainly find that every time I write about something that scares me, I’m a little less scared of it by the time I write ‘The End’. Luckily for me, though, I’m always afraid of something else! 🙂

Thanks for a brilliant guest post, Gordon, it’s great to have you on my blog! The Murderball story behind your latest novel, The FURY, is pretty terrifying! D:

So, this is the last Halloween Reads post! I’ve decided not to review FRANKENSTEIN for the event, because I have lots of others reviews to write for ARCs. I will review it at some point in the future ;D I’ve really loved hosting two bestselling horror authors on my blog, and getting through a lot of my horror TBR pile. I enjoyed reviewing and reading one genre for a while- so my next blog event will be dedicated to Steampunk fiction, in December! 🙂