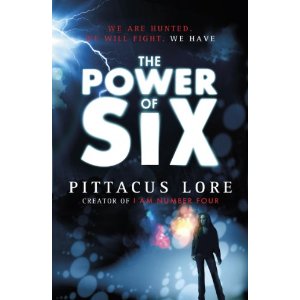 This thrilling book will leave you on the edge of your seat wanting to read more; it’s brilliant!

Everybody has either read ‘I Am Number Four’, or seen the major motion picture version, but that is nothing compared to the next book in its series. Read how Number Four, Six and Sam venture outside of Ohio to flee from the police and to find the unknown number who they have heard about.

Meanwhile, Number Seven is stuck in a nunnery in Spain. Her Cėpan has lost all faith in the other alien species that they belong to and has become strictly religious, and refuses to teach any legacies to Seven! Marina, (Seven), must get her Cėpan to help her, before it is too late and the Mogadorians get to them…

What an amazing book! It had me hooked from start to finish and there is suspense from page one right up to the end. It’s a really good read, and watch out for the next ones in the series out very soon!
Georgia.
Advertisement